hree women toast together in 2001 – the German family minister from the Social Democrats (SPD), the Greens’ group leader in the Bundestag and a female brothel owner. They are celebrating the red-green government’s new prostitution legislation that has just been adopted by the Bundestag. It’s a few years after the Christian Democrats and Helmut Kohl’s 16-year hold on power was broken and the first red-green government has taken power in Germany. Now, the aim was to get even with the conservative West German politics, where the idea of the family with the man as breadwinner was pivotal, and where the concept of rape was something that, until 1997, the law said could not take place within marriage.

The truly significant reforms in the area of gender equality, such as the introduction of parental insurance and paternity leave, with inspiration from Sweden, did not take place during this government, but only after Angela Merkel’s CDU formed a grand coalition with the SPD in 2005. In the area of prostitution, however, the red-green coalition were only able to implement one groundbreaking reform under the mark of equality. In Kohl’s world, prostitution was still under the law ”against good morality”, while it was more or less silently accepted that men were able to pop into a brothel or visit a prostitute in a caravan on the highway on the way home from work. Now, the new government wanted to reform legislation in order to improve the situation of prostitutes and reduce stigma. It was based on the idea of a strong, independent woman who would choose a career and lifestyle. Prostitution should be treated as any other work whatsoever, and the prostitutes could exploit social benefits in the form of, for example, health insurance and pension rights. By registering as self-employed, ‘sex workers’ (as the prostitutes were now called) they would gain more independence, brothels would be legal and business ties to the criminal world would be cut.

In autumn 2013, twelve years later, leading German feminist Alice Schwarzer published a book entitled Prostitution–A GermanScandal and organised a petition against prostitution. A large number of German intellectuals signed the petition and suddenly prostitution was being discussed on TV shows, and in seminars and newspaper articles. What has happened?

Schwarzer pinpoints what many police officers and social workers long pointed out: in the wake of the new legislation, prostitution has greatly increased in Germany. In Hamburg, an advertisement was made for a newly opened large brothel in a village on the outskirts of town, with close proximity to the golf course. Brothels with flat-rate sex, gangbangs, and other cheap offers were established in locations close to airports to attract tourists and business travelers. The most famous German brothel, Pascha, is housed in an eleven-storey building in an industrial park outside Cologne, with diverse offerings on different floors. There is no information about how many prostitutes are working in Germany, since no one is forced to register, but the numbers of several hundred thousand to over a half million figure in the debate.

It is thought that over one million buy sex daily. Most experts agree that a majority of the prostitutes come from outside Germany, and especially from Romania and Bulgaria. It is unclear how many have been the victim of people smugglers and to what extent it is coercive but, as a social worker in Stuttgart, puts it: ”Some brothels feels like an orphanage with young, naive girls who do not speak German and do not know their rights and opportunities and probably do not know what they are embarked on.” German police officers talk about the difficulty in gaining access to brothels, because the business itself is not illegal, and to the convicted smugglers who run brothels because no permit is required. The result of the ambition to make prostitution a profession like others did not reach the goal; only 40 people have signed up as prostitutes in order to get the status of entrepreneurs with the right to social benefits.

How could this happen when it was all so well intentioned? When the liberal prostitution laws were introduced, the focus was entirely national and the prostitutes would be integrated into the German social security system. With the eastward expansion, coupled with the freedom of movement within the EU, the conditions changed radically. The young women from Eastern Europe, who were not able to understand the language and who, either by force, false pretences or through economic distress, were attracted to German brothels, were far from the autonomous indigenous entrepreneurs in the sex industry that the law was meant to help. The sex tourism from other countries grew; in a magazine interview, for example, Swedish ”Ake” came to Berlin regularly to buy sex. The acceptance of men going to brothels increased, while the control was non-existent and significant economic benefits were there for those in the so-called ‘red-light district’.

In addition to the eloquent representatives of associations such as the Sex Workers’ Union and some of those involved in the law’s creation, there is a consensus that the current situation is unsustainable, and today’s CDU-SPD government is preparing tougher legislation to be presented later this year.

In this situation, there is attention being given to what in Germany and the rest of Europe is known as the ”Swedish model”. A few years before the liberal German legislation was introduced, Sweden had, under a left-wing majority, also introduced a new law on prostitution that went in a completely different direction than the German one. The Swedish Sex Purchase Act, adopted in 1999, criminalised the purchase of sexual services, while the prostitutes were not punished.

For feminists like Alice Schwarzer, but also for some politicians and journalists who have taken a stand against prostitution, Sweden is a pioneering example with broad political support – support among the population and a testament to the state’s ability to set standards for social development.

Opponents of the sex purchase ban see the Swedish model as a failure that stigmatises the prostitutes as victims and does not see them as adults who are capable of making their own decisions.

An important aspect in understanding the German debate is that the man and the man’s needs are often still a benchmark in social life. Although the pace of reform has increased significant in areas such as gender equality and family policies in recent years, it is still considered natural by many for men make a career and for women take care of the family. The image of the successful man working late and driving a big car at unlimited speed on the autobahn is still strong in many circles. Questioning the man’s right to paid-for sex in order to protect the weaker ones is often met with incomprehension and the attitude that, even if you would like to change the man’s behaviour, it is impossible.

Generally, the idea that it is possible to change people’s behaviour by society setting standards does not have the same resonance in Germany as in Sweden, and it is often seen as undesirable for the state to assume such a role. In large parts of German society, there is a deep-seated aversion to letting the state regulate what is seen as belonging to the personal sphere, which is probably attributable to the historical experience of government surveillance and interference in private life. Under the 1900s’ Nazi and communist dictatorships, many Germans have found out that the state is not good and does not wish its citizens well.

In the discussions between the government parties CDU and SPD regarding the tightening of legislation, there has been talk of measures banning flat-rate sex and going to forced prostitutes, better control of brothels, the introduction of a minimum age for prostitutes and more; but to do as Sweden did fifteen years ago and prohibit the purchase of sex, still seems to be too big a step to take in Germany. 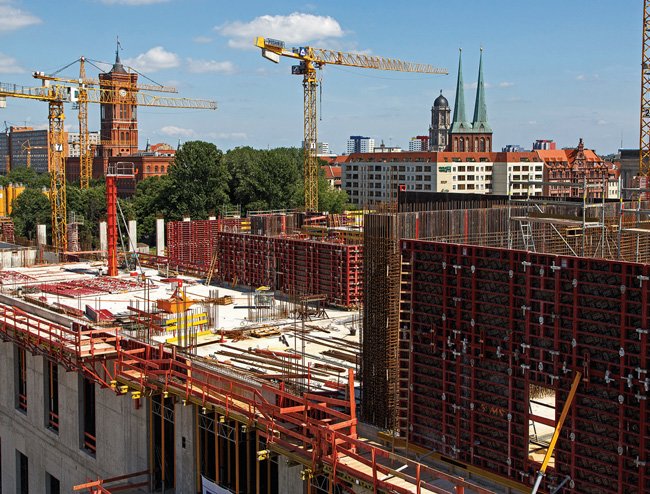