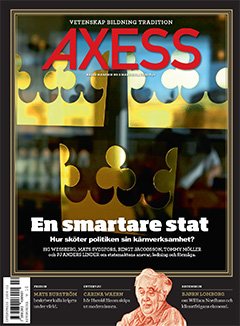 Is the state going to govern?

And If Things Heat Up as Early as Tomorrow?

Enveckasförsvar (one week's defence) was one of the words in the Language Board's new word list last year. It came from a SvenskaDagbladet interview with Supreme Commander Sverker Goranson (2 January, 2013), where he made ??it clear that Sweden can defend itself against a limited attack in one place for a week. "Our resources are run-down in such a way that our power of resistance is not so great anymore."