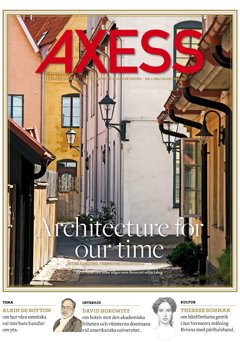 Architecture for our time

In contrast to an antiquated modernism that clings to large-scale construction, classic town plans have been created that take into account local conditions and traditions.

Le Corbusier has had a significant influence on 20th century architecture, especially in Sweden. However, Theodore Dalrymple argues that he belongs more to criminal history than to architectural history.

One cannot ignore the link between the riots in French suburbs and the modernists who want to develop satellite cities with monolithic skyscrapers instead of neighbourhoods that are traditionally built and socially mixed.

Many dismiss design and architecture as something trivial. But in actuality our taste in these fields says something important about our personality.