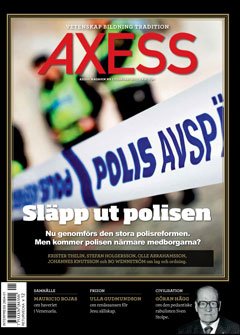 A Surplus of Economic Theology

How will Sweden achieve good economic development and continued prosperity for its citizens? If you follow the social debate, you will get the impression that everything stands or falls with a small group of decision-makers in the Riksbank and the Treasury minding its Ps and Qs.

The Party is Over

Despite its oil wealth, Venezuela is in political and economic crisis. Everything points to a military dictatorship being imposed.

Twitter has got an undeserved reputation as a forum for debate, while Flashback is described as a playground for right-wing extremists. We need a more inclusive democratic discourse.