Beethoven’s Fifth Symphony fills the magnificent Simón Bolívar concert hall with its dramatic tones under the leadership of one of the world’s most talented conductors, Gustavo Dudamel. The music’s power allows me, for a moment, to forget that this is occurring in the same city, Caracas, where 31 people were murdered over the past weekend. This is the world’s most dangerous capital, where the rule of law has collapsed and violence dominates city life. Fortunately, bodyguards and a bulletproof car are waiting outside the concert hall.

I’m in Venezuela to participate in the celebration of the fall of the Berlin Wall. It may seem far-fetched, but remembering what happened 25 years ago in the middle of Europe has a special importance in a country that is well on its way to becoming an outright socialist dictatorship. The programme is intensive and every meeting reminds me of the circumstances in Venezuela after 15 years of authoritarian rule under the guise of democracy.

Twice I meet the brave, constantly hounded and recently brutally beaten María Corina Machado. She cannot leave the country and all indications are that she will soon be imprisoned, as has happened with other leading opposition figures. That she did not lose heart in such a desperate situation is impressive, but it can hardly hide the gloomy mood that I see all around. I often think of the Titanic. Once the richest country in South America, Venezuela is about to go under and most that can leave the sinking ship, do.

It is a strange fate for a country that has the world’s largest known oil reserves. But even stranger is the poverty that you see around. Caracas’ gigantic shantytowns adorn the hills as a sad testimony to a development that created the conditions for the tragedy that is currently taking place in Venezuela.

In 1958, Venezuela became a democracy after a long history of caudillo rule, political repression and bloody civil feuds. The future seemed bright thanks to large oil exports and, in the 1950s, the country’s per capita income was almost twice as high as Latin America’s second most populous country, Argentina, but also significantly higher than Sweden’s. From Latin America and Southern Europe flocked large numbers of immigrants, seeking a better life in the Orinoco’s vast country and its population tripled between 1950 and 1981.

The first democratic governments worked to build up a solid rule of law and invested heavily in infrastructure and education. At the same time, it followed a development path inspired by the then dominant economic theories, that preached a protectionist ‘import substitution strategy’ in which the state played a key role as protector of an industry completely focused towards an increasingly isolated domestic market. The taxation of oil revenues yielded abundant nourishment for this strategy, where import requirements could easily be covered without the need to export something other than oil.

The Venezuelan government, then, was already a giver of all good gifts, but still in a considerably more modest form than later. Everything would change in the 1970s. After the war of October 1973 in the Middle East, the oil price increased tenfold in a few years, and the Venezuelan government’s coffers were flooded by a wealth beyond compare. Venezuela reached its highest income per capita ever.

It was then that the oil wealth was converted into the curse that put the country in the swamp where it is today. In 1974, the newly elected President Carlos Andrés Pérez launched a magnificent development project called La Gran Venezuela. It created 163 new government agencies and companies, and everyone could rejoice over an inexhaustible flow of resources, which not only financed all sorts of investment and an orgy of consumption, but also an unprecedentedly scandalous corruption. This would lead to a widespread contempt for the political establishment and a democracy that mostly functioned as a kleptocracy. That the state took full control of the oil industry in 1976 did not, of course, make things any better.

The moment of truth came a few years later. After 1981, oil prices went down and the country’s oil exports declined from $19.3 billion in 1981 to $13.5 billion in 1983. Between the mid-1980s and 1998, oil prices were at a level that were, in real terms, about one third of the previous highs. Then, the Venezuelan oil miracle broke down altogether. The country’s per capita income fell by almost a third in the 1980s and poverty spread rapidly. Various estimates suggest that around half of Venezuelans lived in poverty in the mid-1990s. The paradise of abundance had been converted into a boiling pot of frustration and anger.

A first outpouring came in February 1989, as a reaction to a sharp increase in petrol and transport prices that were part of a wider austerity and liberalisation package. It was the so-called ‘Caracas Massacre’, when the poor masses from the shantytowns came down to the valley where Caracas city centre is located. It became a terrible bloodbath when the military intervened to halt the destruction and looting. Officially, 276 people died in the riots that lasted several days.

The military’s campaign in Caracas left deep scars among young officers, who had already lost all respect for the highly discredited political class. It became clear to more and more people that only a military coup could save the country. The most prominent among these young officers was a major, who, in 1990, was promoted to lieutenant colonel and was called Hugo Chávez. He had led a failed coup attempt in February 1992, which made him famous all over the country. Chavez ended up in prison, but his popularity grew steadily. He was the man the people were waiting for, with a great talent for leadership and a strong popular charisma – someone who did not belong to the corrupt elite and who promised to clear the swamp and build a strong Venezuela that cared about the poor. He was released in 1994 and elected president on December 6, 1998 with 56.5 percent of the vote.

The new president knew to use his popularity to quickly change the whole political landscape. Through referendums that were won by a large margin, he summoned a constituent assembly and a new constitution was adopted in December 1999. Chávez’s power became virtually limitless, but his big guns were not the parliamentary majority he possessed but a direct relationship with the people, which was based on two very powerful tools.

One was the television programme, Alo Presidente, which was broadcast every Sunday from May 1999 for five, six hours or more. There, Chavez spoke with people across the country, but he could also sing, make speeches or important decisions, which made his unlimited personal power evident to all. The second tool was a variety of social programmes, consisting of direct subsidies and various relief efforts directed towards the poorer sections of the population. All thanks to the caudillo’s generosity, as a personal gift to the people (”El Caudillo” was Francisco Franco’s official title as head of state). In this way, Chávez transformed part of the oil money into popular gratitude and loyalty.

Pseudoscience often has ideological elements and is motivated by high and noble goals. Genuine science, by contrast, has a clinical gaze that allows it to be accused of cynicism.

All this, of course, would not have worked had Chavez not had access to large oil revenues. And here, things took an unlikely turn. In 1999, as if the gods were on his side, oil prices started to rise in an incredible way. A barrel of oil, which cost around $10 in January 1999, had, by mid-2008, reached a record high of just over $140. The price fell steeply during the rest of 2008, but recovered quickly, reaching levels of around $100 per barrel between 2011-2013.

So Hugo Chavez became the man with the golden trousers and a strong popular support, which gave him the opportunity to take control of most of the institutions, the media and, not least, the army, which was converted into a privileged caste that was entirely subordinate to ‘Comandante’ Chavez’s will.

Now, the caudillo has gone and oil prices have turned downward. Without charisma and with a shrinking moneybag, Chávez’s successor, Nicolás Maduro, is finding it increasingly difficult to keep his hold over a chaotic country where more people are discovering that nothing permanent has been created with the oil billions. The party is over, the atmosphere in Caracas is tense and my friends are asking themselves how all this madness will end. We know that those that govern can no longer win an election, but we also know that they cannot afford to lose an election. Everything points to the introduction of an outright military dictatorship in the name of Chavista socialism.

Mauricio Rojas is a writer and senior lecturer in economic history. 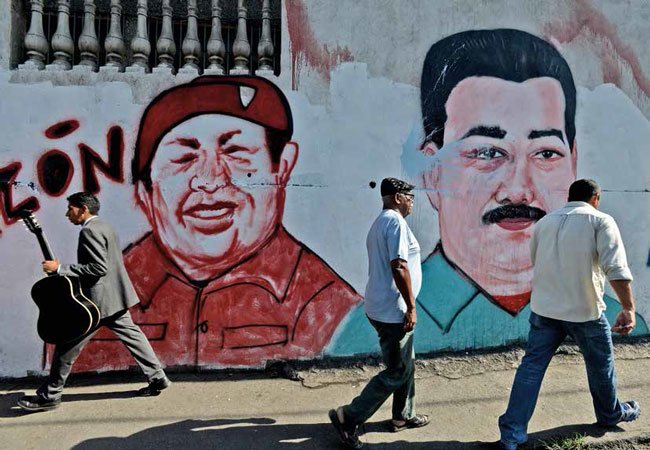 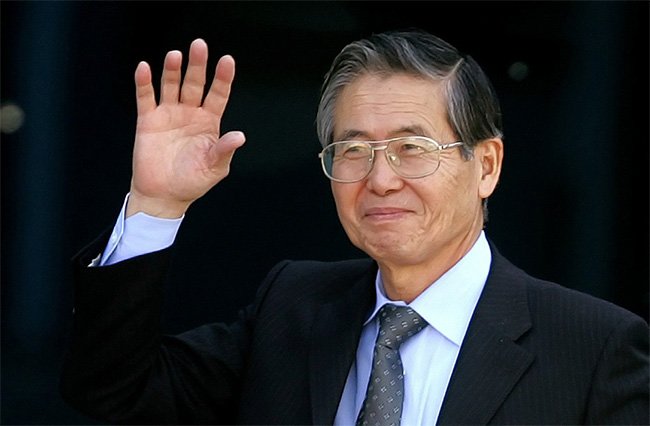