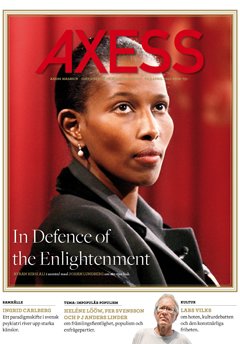 In Defence of the Enlightenment

In this issue of Axess, we focus on the issue of integration: on the challenges that encounters between representatives of different cultures pose for political parties and the Swedish political system. How should we handle single-issue parties and populist movements in Sweden? And how should we handle the implicit demands placed lately on certain fundamental rights in Swedish society, as well as on Western culture in general? Should some issues and problems be avoided because certain population groups feel offended when their religion is questioned, criticised or blasphemed?