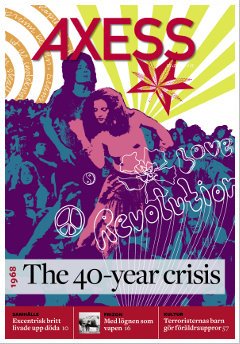 For the 1880s to the 1980s, socialism defined what it meant to be left wing. Socialists argued about and in Russia, China and the poor world murdered each other in disputes about what type of socialism they wanted. But on the basic point there was agreement. To be left wing meant believing that the common ownership of the means of production offered the best way forward for humanity. European socialists must join others who supported their ideals and struggle for a better world.

A battle between cultures

When I was a young man, working in menial jobs, I used to call myself a socialist. I had an idealistic view of what the term meant, at least in theory. But in practice I was far from certain. Did it include the hopeless mismanagement, chronic waste and endemic laziness that characterised the socialist local authority in which I had grown up? Was it about the strike-plagued nationalised industries that seemed to symbolise British decline? Or the closed shop that underpinned the power of labour organisation? Did it have anything to do with communism and the Soviet Union?

In the 1960s, the left shifted from supporting the Soviet Union to idealizing liberation movements in the Third World and leaders like Pol Pot. This change also meant that capitalism was no longer criticized for its supposed inefficiency. Instead, the problem was capitalist productivity and economic growth.

Not all power is evil

Whereas yesterday's left wanted to take power, the new left would rather do away with power. But if all laws, authorities and norms disappear, only the law of the fist will remain.