In a time when the state of the outside world inspires increased anxiety, Sweden lacks a credible defence. But it is possible to do something about the shortcomings, writes Johan Wiktorin.

The trend is clear. Swedish people are becoming more concerned about the state of the outside world, as indicated in the annual survey by the Swedish Civil Contingencies Agency (MSB), which was presented at the National Conference in Salen. This year’s conference indicated a certain thaw in some kinds of collective consciousness, but our security is still articulated by the Finance Ministry.

If anyone thought of making a strategy-driven budget, rather than the other way around, the national treasurers would only slightly open the vault at the treasury. Namely, we do not have the defence we need.

Just look at the geographical area that we define as our own. Including the territorial sea, we claim an area of ??approximately 500,000 km². This must be taken care of by a population of 10 million. Now this may sound a bit old-fashioned. There is surely no threat to us, is there?

In the first step, potential threats are not relevant. States have a legal obligation under international law to protect their territorial integrity. With a coastline of 2700 km, the vast majority understand that both the coastguard and the navy should have a certain number of ships, in order to detect and repel, for example, strange underwater violations.

Another interesting physical aspect is the distance between the US’ east eoast and our part of the world. This means that it takes time for US aircraft carrier groups to sail across the Atlantic to the Norwegian Sea or for a stream of transport aircraft to fly in troops and supplies to Poland and the Baltic states. A reasonable estimate is that it would take two to three weeks until US forces could take full effect in this part of the world, regardless of whether we are members of NATO or not.

Here we probably find the answer to the riddle of why voters until now have seemed comfortable with our defence policy. The MSB’s investigation shows that two-thirds of us are completely or somewhat confident that we will get military aid in the event of a military attack. However, if the Swedish people knew that it did not happen as fast as in a Hollywood movie, it would better understand why our defence should be fashioned for endurance.

The postmodern society’s inherent vulnerability and the ongoing war in Ukraine underlines the need to build greater resilience to crises and other hardships. This time we also need to protect our digital streams and reservoirs of knowledge in the form of servers with intellectual capital.

When it comes to military defence needs, to achieve basic defense capability one should draw on the more timeless aspects such as area, transport times and military geography. A solution should be developed that is capable of preventing systematic violations and protecting our own mobilisation to maintain maximum readiness, what some call the threshhold effect.

For the army’s part, it would mean an ability to exercise operational control of the land in five vital areas: Stockholm, Gothenburg, Skane, Gotland and Boden/Lulea. Also needed is an agile operational reserve in Skövde/Karlsborg for reinforcements. These countermeasures should be designed for delay battles instead of attacking battles as they are today. That would require an army twice as large as the one that is outlined, but not yet functional.

On the marine side, an organisation is needed that is able to protect shipping in the Gothenburg area and carry out, for example, a comprehensive anti-submarine warfare operation for longer periods in the Baltic Sea. Similarly, this would mean a doubling of what is proposed in today’s defence policy ambitions.

The air force would need to be able to support an organisation of 100 combat aircraft, not 60 as we are currently heading towards. This is required because in two or three areas we could encounter systematic violations during any month, and we need to protect our mobilisation with a defensive air defence.

Beyond the timeless are also things that can manifest as a threat in the long-term, for our part the superpower Russia. Here, the question is one of dealing with a variable risk over time. In recent years, this has been escalating and has become erratic. As Russia increases its military strength and refines its modern warfare, we must also adapt our own strength to this reality. In the previous example, it would mean an additional risk premium of 20-50 percent in the current situation.

It is only then, when we can claim our territory against systematic violations and can implement a delay operation of three weeks in one part of the country that we have a credible defence. When the outside world believes that our defence can achieve an ambition based on strategic realities, then the defence fulfils its most important mission: to be a conflict deterrent.

It also means that there must be a certain expeditionary ability in our defence, in order to strengthen our nearest neighbors. Now, it is certainly NATO that defends the Baltic States, but we live in a security symbiosis with the Baltic states and Finland. There is no scenario, where the Baltic states’ security is undermined or ceases, that strengthens Swedish security.

A symptom of our inability to understand our role in contributing to the stability of the Baltic region, is the almost abandoned defence of Gotland. Recently, the American public service made a programme on how weakly defended the island is. The lack of credibility is plentiful in this respect. Moreover, in order to meet threats from entities that are not immediately identifiable as state, it is a police matter, with respect to the legislation.

Given how common the perception is among experts about the increased risk of conflict over resources, you can also single out Norrbotten as having an undersized defence in the context of Russian strengthening in the Arctic.

The ability to defend our independence and decision-making begins and ends with the defensive will. It is what gives energy to work hard with painful priorities. In many respects, we are definitely facing an increasingly uncertain and probably worsened external environment that requires action.

True to form, we have decided to show solidarity, and so it is now up to the evidence. All our neighbours except Finland have adopted a declaration to allocate 2 percent of GDP to their defence by 2024. In order to build up the outlined defence detailed above, it requires at least such an effort.

But we start at a position of minus. The structural underfunding of Input Organisation 14 is around 6 billion SEK per year, and the military is betting on maintaining this solution in the discussions going on between the parties. That is, the organisation that was created in 2009 for our vision of 2014.

The good news is that we are much richer today than we were 25 years ago. More working people and increased productivity means good opportunities to correct deficiencies and show us adults the real situation. If someone would think to consult experience, i.e., the senior citizens in the Nordic countries, we would soon realise that naivety and political fragmentation leads to adaptability or submission and chaos.

To a united flock, the wolf is harmless.

Johan Wiktorin is managing director of intelligence company Brqthrough and a member of the Royal Swedish Academy of War Sciences. 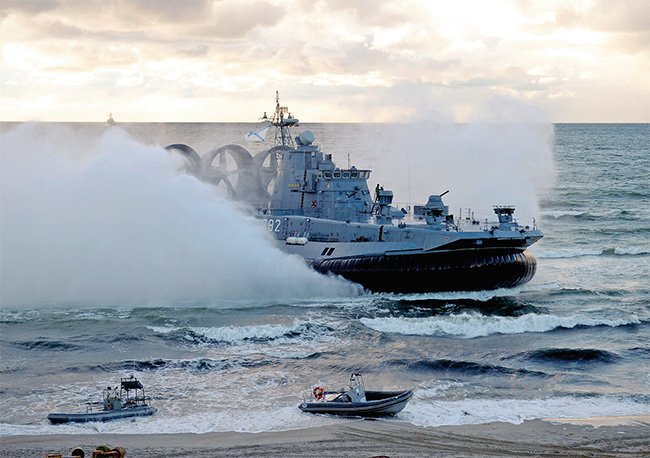 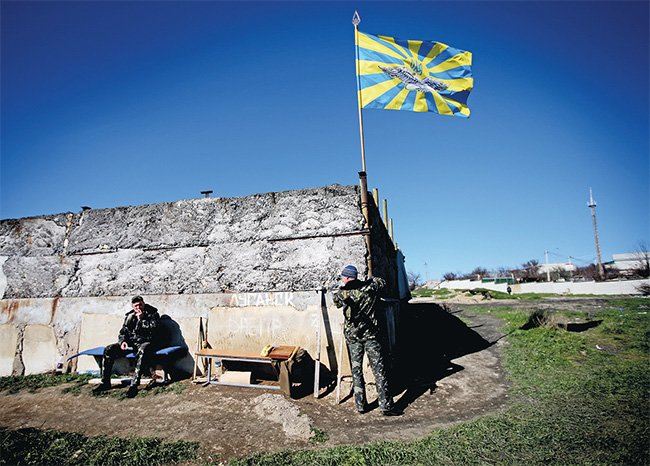