The murder of Olof Palme changed our way of participating. Previously, it was mainly royal (also Strindberg’s and Gösta Ekman ‘the Elder’s’) deaths that triggered great manifestations of sorrow. Now, accidents, acts of violence, suicides and natural disasters drive people to gather with flowers, candles and stuffed animals, and to the books of condolence online.

The discotheque fire in Gothenburg, the sinking of the Estonia, the tsunami and the murder of Anna Lindh are just some examples of events that triggered the massive, collective manifestations of grief.

But what does ‘sorrow’ mean in this context? Grief is one of the most private things in life. Can we really mourn people whose existence we were unaware of before it ceased? That we think we are familiar with public figures that we never met in reality is understandable, but their demise hardly leaves us in the darkness and vacuum caused by the loss of our nearest and dearest. One might ask what those other than relatives and friends have to do with ‘memorials’. What does it mean to ‘honour the victims’ of an accident?

Coming together after tragic events can be a way to show participation and an outlet for a kind of impotence, but is there not also a desire for large, powerful emotions? We live in a time of ‘docu-soaps’ of full public expression, and to mourn openly brings an emotional blow through akin to crying out at the movies. The collective grief relates to real events but without the personal loss, loneliness and pain.

The role of the spectator has “an ambiguous, slightly parasitic feature to it,” writes Kerstin Vinterhed in ”Yvs icke, död. En essä om kollektiv sorg” (”Yv’s Not, Dead. An Essay on Collective Grief”). ”Mourning is also pleasurable – like all strong emotions – especially if it does not involve a loss to oneself.” Ivar Arpi was on the same track in Axess 3/2011 when he wrote of ”an emotional arms race”:

”By showing themselves as excessively emotional, the attention was led back to their own person, away from those who were really suffering.” He suspects that such expressions are a way to ”promote oneself as a noble person” and wonders whether it is emotionality or sentimentality that is increasing in society.

The media have played an important and strongly influential part in this change and the ‘sentimentalisation’ of grief manifestations. That celebrity deaths and spectacular accidents get great attention is not surprising, but even news reports often capsize in elaborate sentimentality or even grief porn. MarieLouise Samuelsson highlighted this in Axess 8/2013, where she questioned the prioritisation of private feelings above analysis that has become increasingly common in news programmes on SR and SVT. She pointed out that ”collective grief” in exceptional and emotional events is hardly part of the public service media’s remit, and also the geographical parochialism that characterises the degree of compassion becomes very clear. Four hundred Pakistani fatalities are noted, but if the Swedes are involved, a serious accident or a natural disaster takes on monumental proportions.

In the media, it is as if the tragedy of every single Swede’s death grows with the overall scale. Victims of the tsunami came home in coffins wrapped in the Swedish flag, as if they were fallen heroes in the country’s service. At a memorial service where victims would ‘be honoured’, the priest Lennart Koskinen did not hesitate to use formulations such as ”heaven is crying with us today”. But for families who have to carry a deeply personal and private loss and despair, it may not be so important if death came in the guise of a spectacular and, from the media’s dramatic perspective, welcome wave, or of a drunk driver outside the convenience store. The void is there; a loved one has departed. It is a pain that will be gradually alleviated and may never go away, but those who are only viewers can go home and eat dinner and discuss the terrible things that have happened.

Also, certain individuals’ death can trigger massive media attention, similar to that after major accidents or natural disasters. A couple of particularly obvious examples of the unthinking or artful exploitation of high-profile, tragic events are SVT’s live coverage of the burials of both Lady Diana and the murdered ten-year-old girl, Engla. That the evening- and tabloid press exploit the fact that strong emotions sell newspapers, we are accustomed to, but what motivates public service broadcasters to chase ratings in these arenas?

”It is the ability to feel collective sadness and joy that makes us true humans”, asserted then Bishop Martin Lönnebo in an interview about manifestations of grief associated with known deaths. He did not think it was a question of the hyena mentality, but he did not touch the irrational and selective nature of our empathy and compassion.

The collective rejoicing in, for example, Swedish successes in sports is seemingly more problematic, but also has traits of irrationality – is it really ”we” who have won? 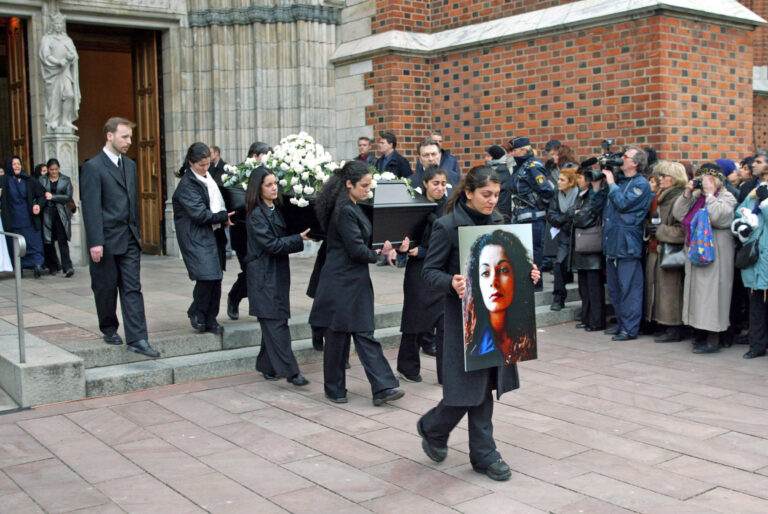 The changing way we relate to major accidents and natural disasters has also affected the role of the church. Professor of Practical Philosophy Torbjörn Tännsjö questioned why priests are increasingly taking on the role of therapists, instead of really conveying the faith of which they are salaried servants. But it would probably be perceived as scandalous if a representative of the church explained that the loss of the families can seem hard at the time, but that mortal life is nothing compared to the eternity they eventually get to spend with their dear departed. This core point of the Christian faith is not mentioned at all in contexts where collective grief is manifested, but appears to be a sort of Black Pete, which, like the theodicy problem must, at all costs, be kept out of sight as it may cause offence and so doubt.

It may seem harmless to express sympathy to the families, even if one did not know the person who passed away. But one can think about how one would perceive it if a stranger showed up at, for example, one’s own mother’s funeral and that, on inquiry, the stranger turns out never to have had anything to do with her.

Many ought to contemplate the advice that is usually said to be Gunnar Ekelöf’s last: ”Another man’s pain you can never understand”. 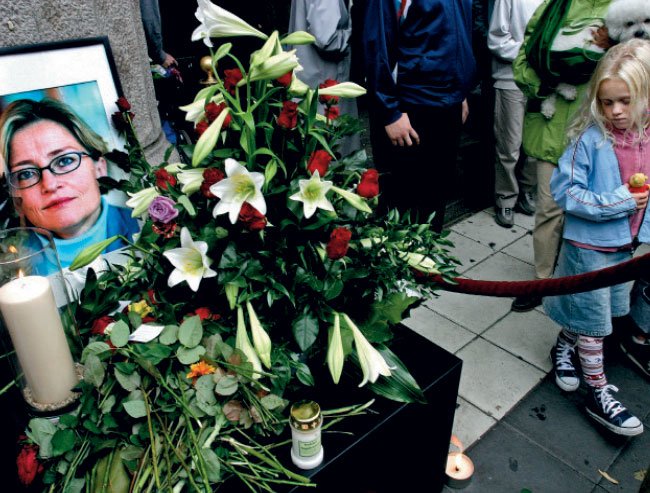 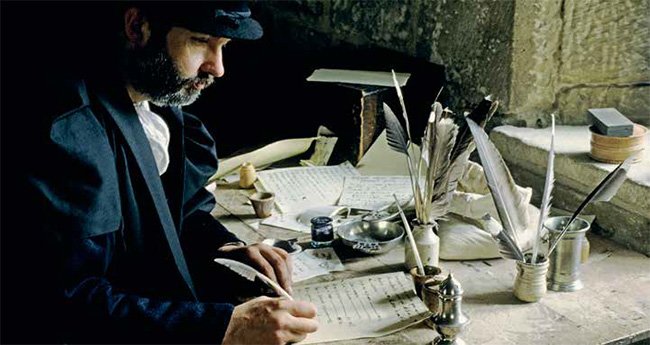